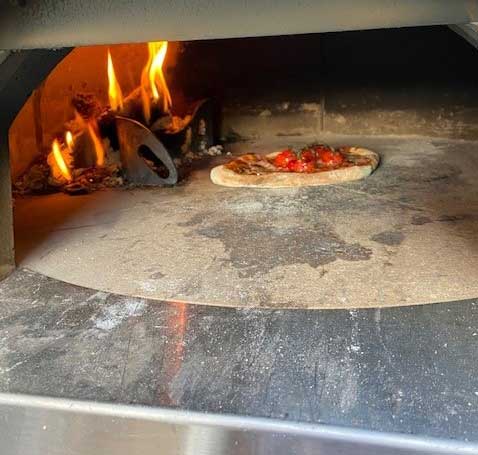 #2 Round would also be nice

Part #2 of our home story. We still have to work on the shape - and on many other things too, but round would be nice. Here's a tasty recipe tip for that.

Home story: how to bake a round pizza?

For the past three weeks, we've been firing and baking for all we're worth. Which dough, when do we make it, how much yeast, how much resting time...? Why is it that with more resting time in the fridge overnight it doesn't rise as nicely as Fili's, but when it's only been in the fridge for a short time, it gets a great crust in the oven? Since this weekend, I have a thesis on this question, which still needs to be proven with various tests - and some support from Fili. Baking good pizza is an art. And just taking part in a pizza course x times as an assistant doesn't make a good dough. Practice makes perfect, even with pizza dough. Anyway, I think that after kneading (of course we make sure that the dough doesn't get warmer than 23 degrees), the dough needs a certain rising time at room temperature and shouldn't be put in the fridge too quickly. But the theory has yet to be proven.
Another phenomenon is the shape of the pizza. Round would be really nice for a change. Our pizza is usually rather oval. If it were Easter, it would be just the right shape. That doesn't detract from the taste, but I still want it round. We're working on it. By the way, the most delicious pizza of the weekend was this one in the picture. 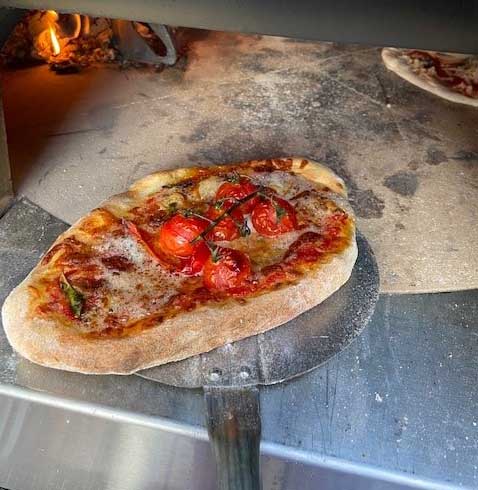 For the topping, I first pre-cooked the peppers in the baby on a grill with olive oil and garlic. This gave it a delicious aroma, as did the cherry tomatoes. Then I put both on the pizza, added some Roquefort, a little mozzarella and put it back in the Valoriani Baby. Absolutely recommended for imitation! 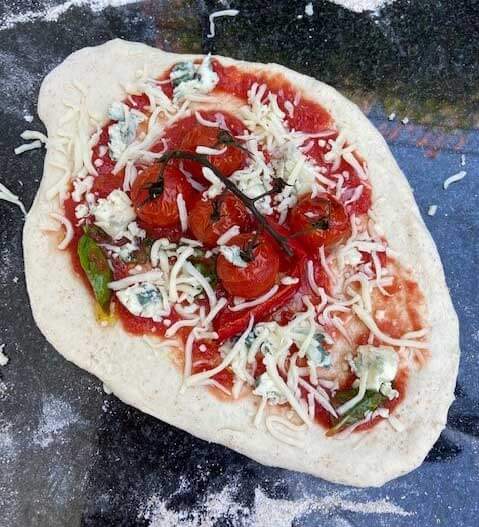 Receive exciting news on the topic of pizza oven.
Subscribe now and never miss an action!